When I was a child I used to enjoy playing with little puzzles. One of my favorites was a 6 piece star-shaped cube that I thought was particularly clever in its design. I decided I would try to 3D print one of those puzzles. Before going to the trouble of designing it myself I decided I would look on Thingiverse to see if someone had already created it. 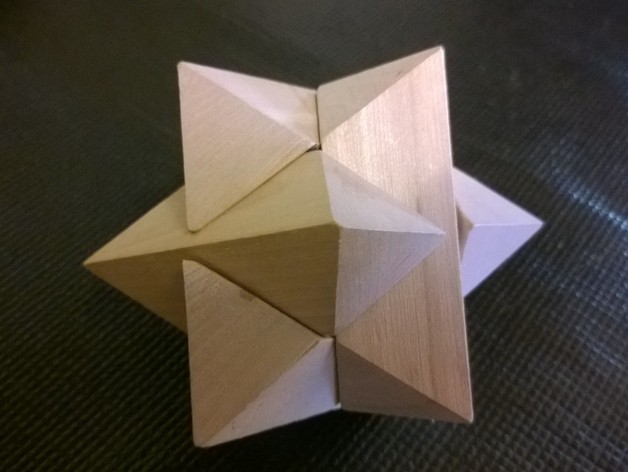 This particular puzzle was available in several versions including this one on the right.
However it wasn’t exactly like the one I remembered. All of them that I found on Thingiverse had six identical pieces. I also saw some YouTube videos on how to assemble such a puzzle. It looked to me like it did not stick together very well.

The puzzle that I remembered also had 6 pieces but they were of three different types. Three of the pieces were identical to the ones in the Thingiverse models. Two of them were similar but they had a notch cut out. The final piece was completely solid and would be slid into place to lock everything together at the end.

So I made a modified version of the model linked above. I had to do a little tweaking to get the tolerances right but it turned out okay.

You can download my modified puzzle on Thingiverse at https://www.thingiverse.com/thing:2160633

Here is a photo of my completed puzzle. 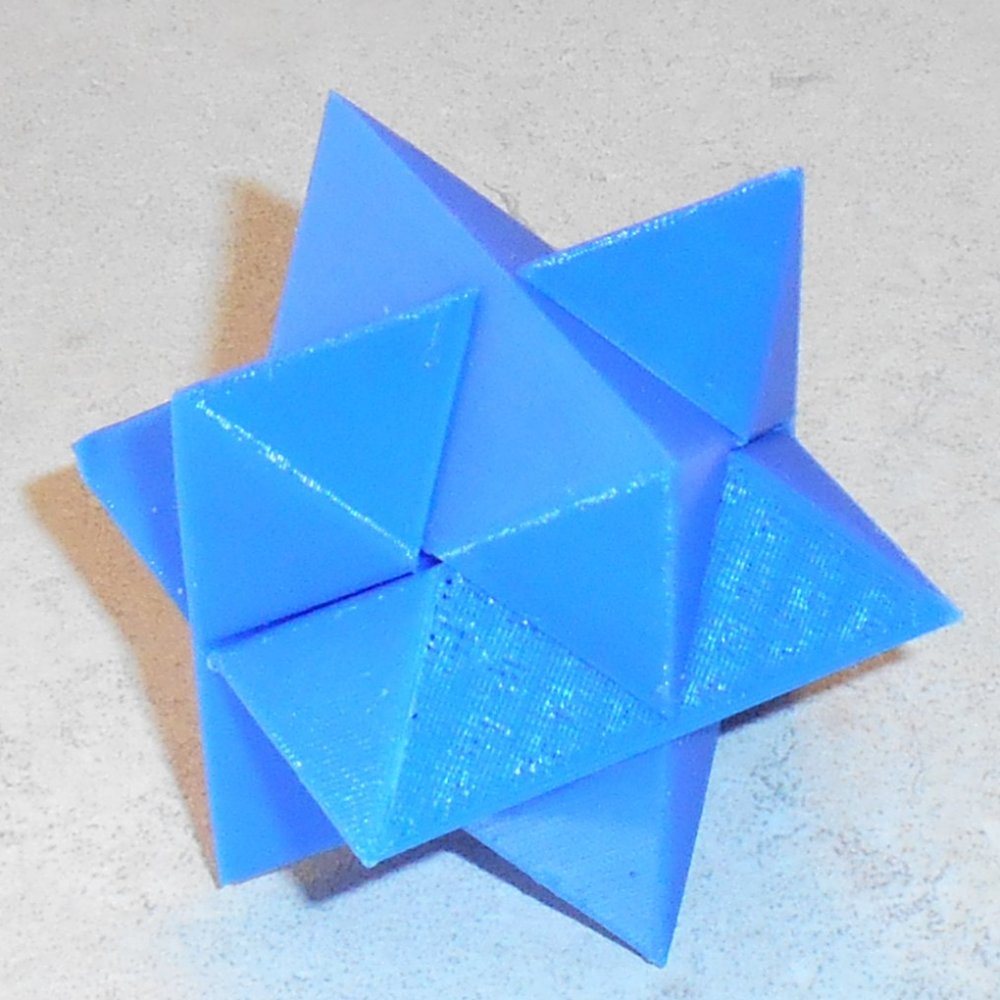 Here is a photo of the individual pieces. I refer to the pieces as “part 1”, “part 2” and “part 3”. That designates how many of each of the pieces there are. That means there are three copies of “part 3” and so on. 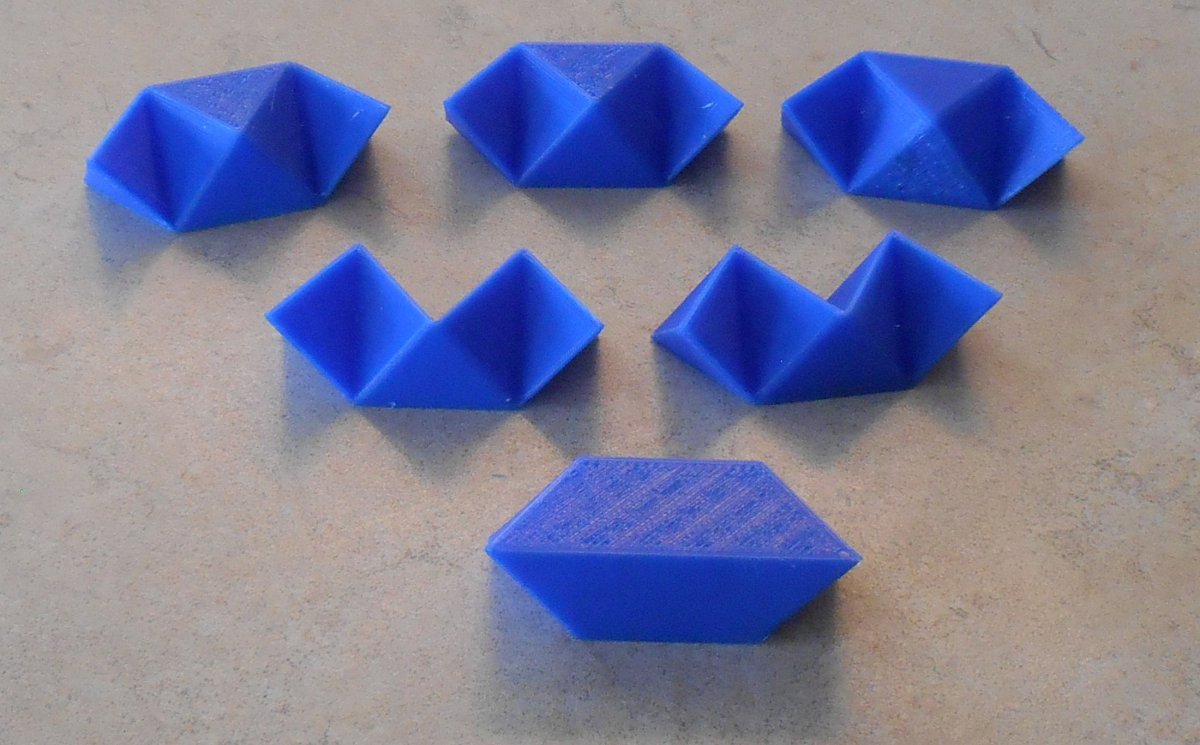 Here is how to assemble the pieces. Start with a piece 3 in this orientation. 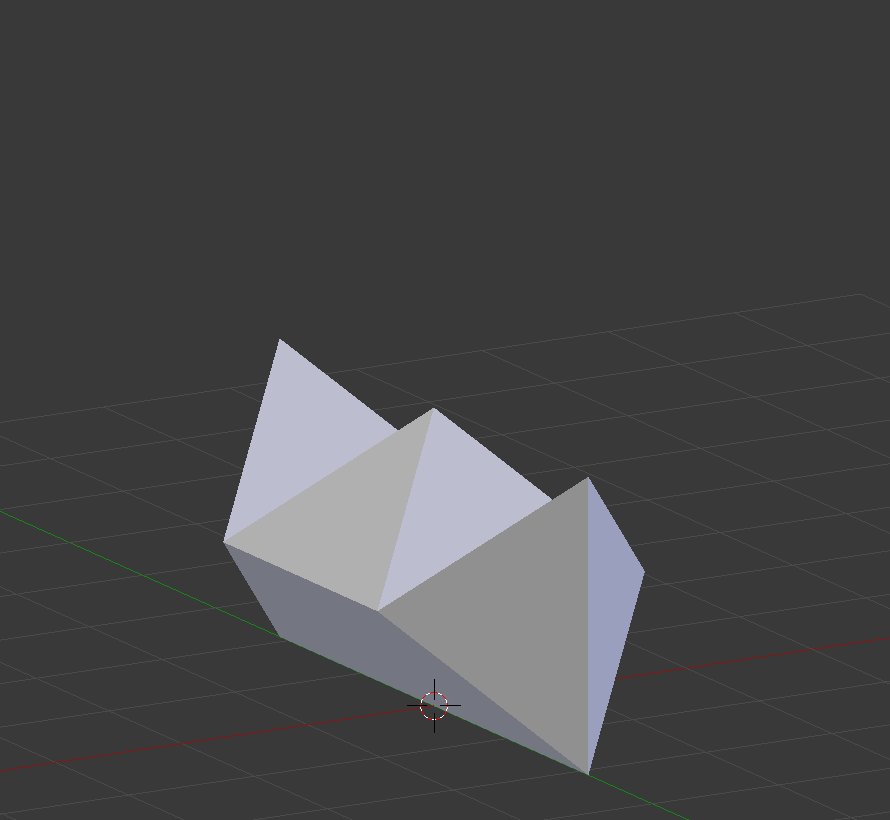 Add another piece 3 vertically on the right side. 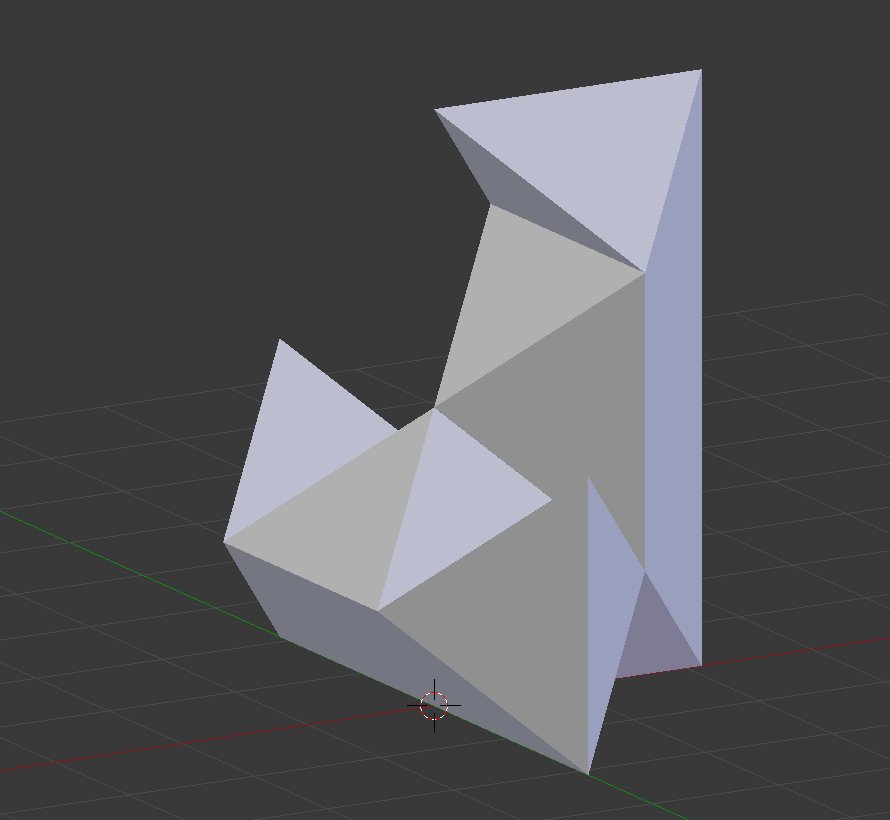 Add the final piece 3 vertically on the left side. 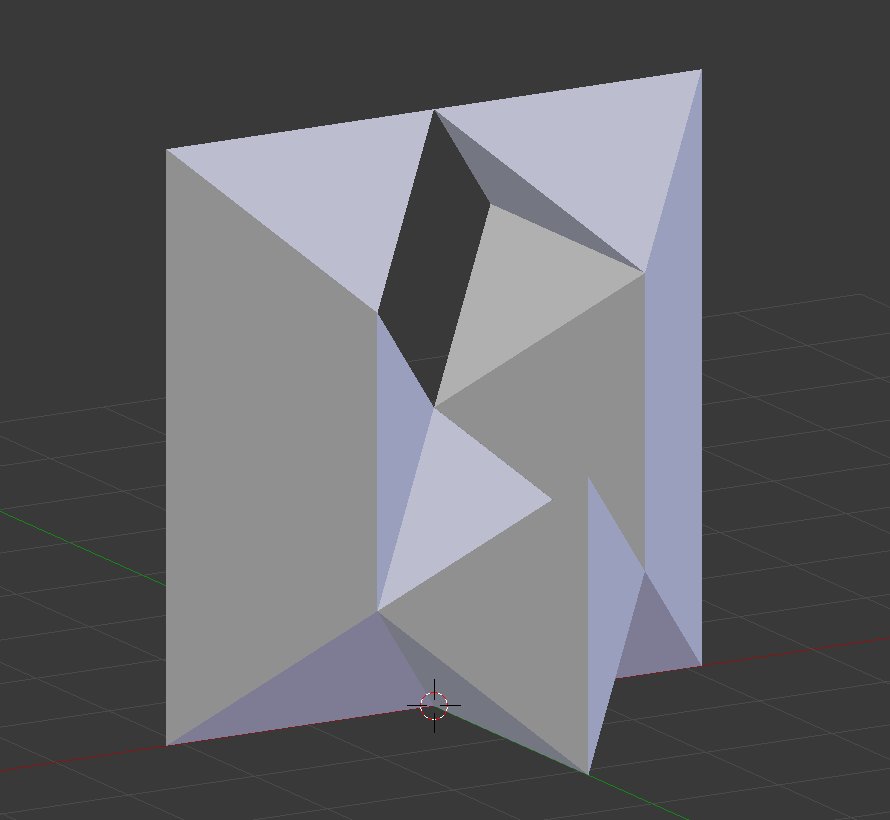 Place a piece 2 horizontally across the back with the notch on top. 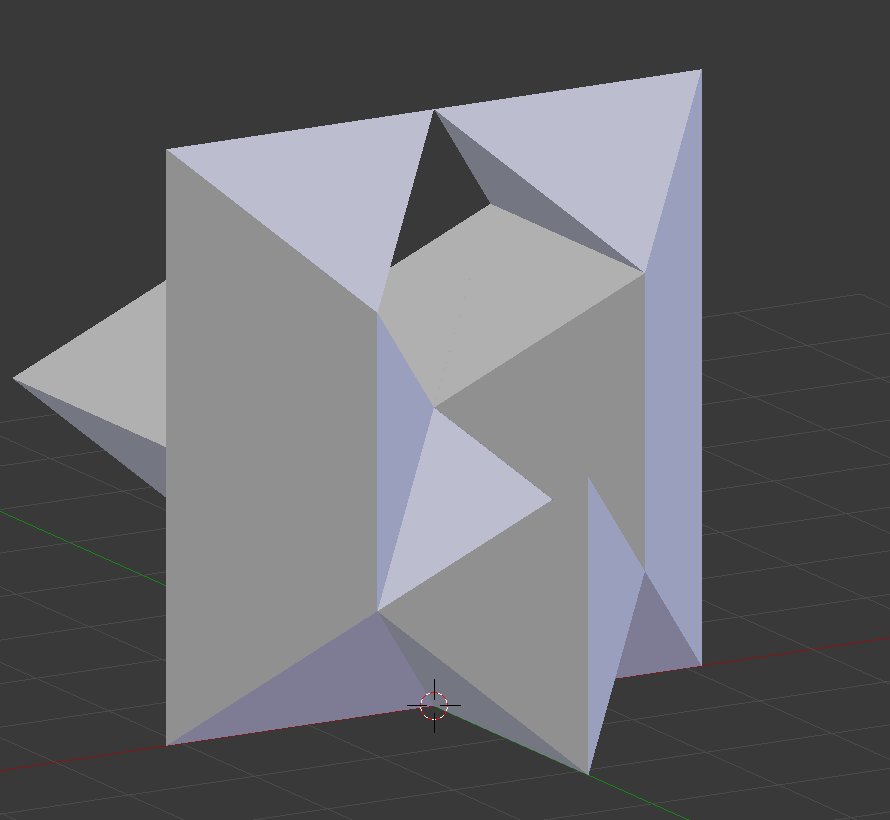 Place the other piece 2 horizontally across the front with the notch on top. 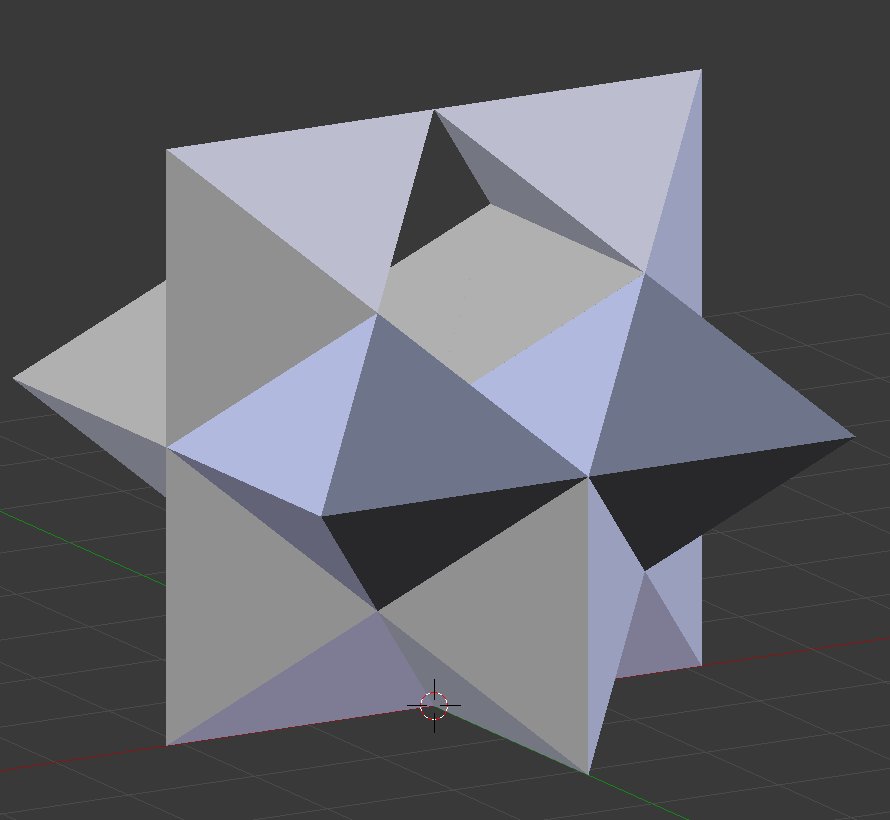 Slide the final piece into place from the front in a hole left by the notches. 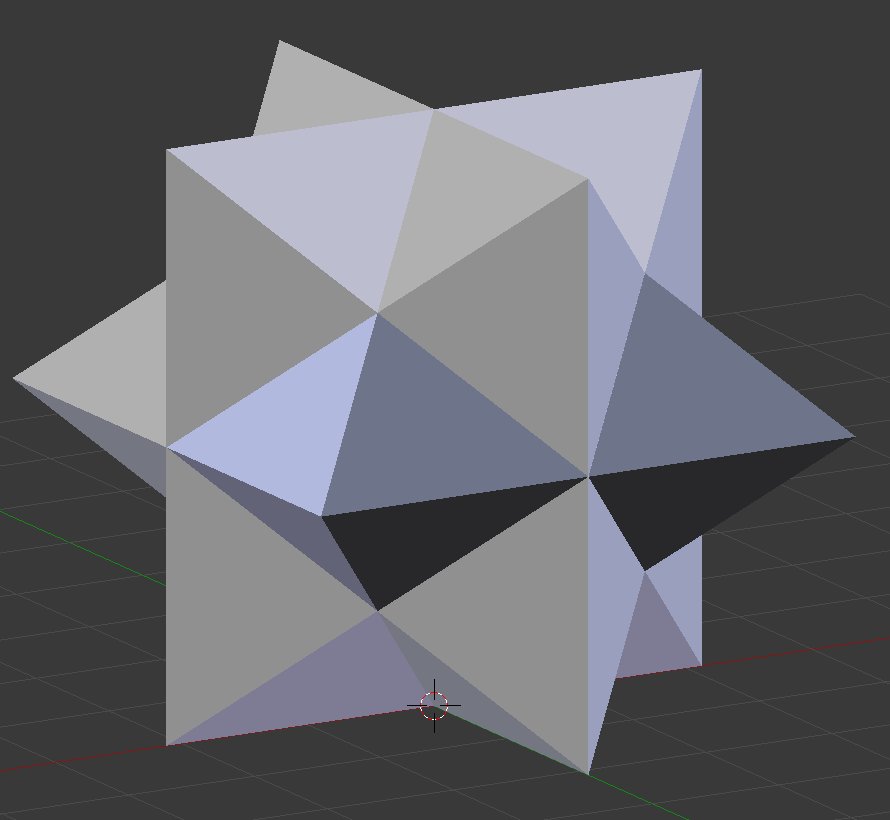 Many thanks to by HotIceT for the original design. My piece 3 is identical to his and the other pieces were derived from that by modifying the STL files in Blender 3D.